Purple-flowered saffron is a wonderful plant to which nature has given a fascinating fragrance, a beautiful color, and a host of other qualities. Believed to have been originally native to the Mediterranean area, Asia to somehow, and Iran, the saffron crocus has long been cultivated in Iran. The plant has been taken from Iran to other parts of the world as a result of trade after its high quality and distinctive properties were understood over centuries of its application. "Treasured for its golden-colored, pungent stigmas, which are dried and used to flavor and color foods and as a dye, saffron cultivation is a particular Iranian agricultural product whose method or producing and preserving used to be an unspoken secret for many years in the hearts of the Iranian farmers who tied to limit its cultivation to within the confines of their own lands so that in this way they could keep its near mono-poly.

With its strong, exotic aroma and bitter taste, saffron is named among the sweet-smelling herbs in the Song of Solomon. A golden-colored water soluble fabric dye was distilled from saffron stigmas in India in ancient. Shortly after Buddha died, his priests made saffron the official color for their robes. The dye has been used for royal garments in several cultures. “As a perfume, saffron was strewn in Greek and Roman halls, courts, theaters and balls; it became especially associated with the hetaerae, a professional class of Greek courtesans. The streets of Rome were sprinkled with saffron when Nero made his entry into the city" Iran and Kashmir are among regions where saffron was cultivated for the first time, and its cultivation development in other parts of the world is regarded as a consequence of wars and conquests by foreign armies, when Spain was conquered by the Muslims some products cultivable in territories under Muslim influence were taken there for cultivation in about 961 AD. Saffron is mentioned in an English leech book, or healing manual of the 10th century but may have disappeared from west European until re- introduced the crusaders.

Saffron is supposed to have been introduced into China by the Mongol invasion who took its bulbs from Iran. It is mentioned in the Chinese material medical (Puntsaou 1552-78) The above manner of dissemination has continued to this very day indifferent methods to regions whose climatic conditions allow for its cultivation. As the latest immigrants to the United States, some Iranians have taken up its cultivation in the state of California. Saffron crocus, crocus sativus, is a bulbous perennial of iris family (Iridaceous). Its plant has long and narrow leaves with no petiole and grows directly form but also grow occasionally in clusters. Due to the long experience with the cultivation, and the transfer of methods of growing and harvesting from person to person, or generation to generation, Iranian saffron has managed to keep its distinctive qualities in comparison with those produced in other regions of the world. That might also explain why Iranian saffron enjoys such an exceptional recognition for its fragrance, flavor and color at international markets.

A survey of the regions where saffron is grown will provide testimony to the Knowledge of cultivating it was transferred from Iran to other regions. In general, the cultivation centers of saffron are in those regions which had political and commercial contacts with Iran.

The main saffron cultivation areas in Iran are in eastern and southeastern parts of the country, The Khorasan Province regions has managed to achieve an excellent position on the production and export of saffron over the years, to the extent that some 90%of saffron production in Iran is obtained from the area. The Qayen region in this province is well- known for its quality saffron.

There are other regions in Iran with a history of cultivation but their production has been mainly for domestic consumption with minor role in the country's export. These regions are Fars Province, the Estahbanat mainly, and part of Kerman Province whose Production is presently on the rise. In general, since the cultivation of saffron requires strong sunshine and warm climate with clayed or sandy land, the eastern part of Iran has a special suitable environment for its cultivation. The land area under cultivation in Kerman is estimated at 6,000 hectares. The cultivation of saffron needs an extreme climate, hot and dry weather in summer and cold in winter. The land must be flat and without trees. In Iran Farmers don't use the Chemical material for cultivation and it is100% organic. 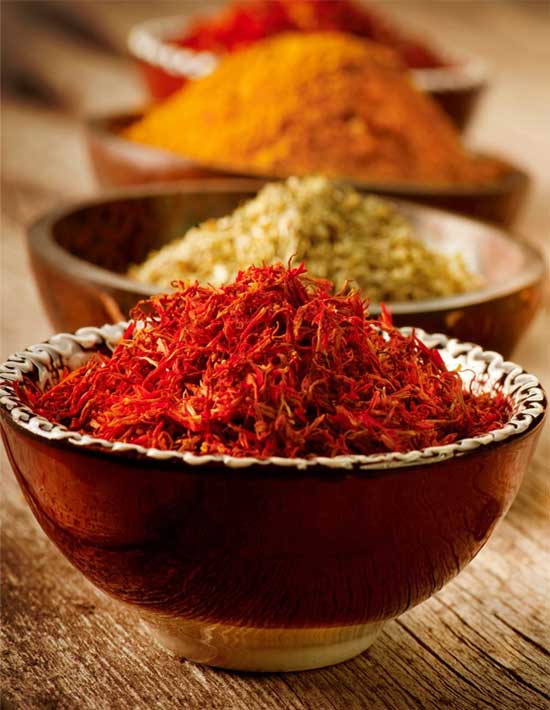 Saffron cultivation is done on a cyclical basis, and that after the lapse of seven to nine years, the land in question should be switched to another crop such as grains fir a period of approximately seven years so that the land can restore its lost nutrients. Studies done on the production of saffron indicate that the maturity of land has a direct bearing on the volume of production, and that after the lapse of approximately seven years from the outset of cultivation, the land's productivity begins to decline. However, the average harvest from every hectare of land is between 10 to 20 kg under normal conditions. Between the second and the seventh year, the production would fluctuate from 5 to 20 kg per hectare, and that from every 1,000 grams of flower, one percent or 10 grams of saffron is obtained.

We, in Qayen, select the bulbs of saffron very carefully, as we always use the young bulbs (2,3 years old) in order to get the better quality. The sowing takes place in the months of June and July. The bulbs are placed in ridges of about 20-cm depth. The distance between the bulbs should be of 10 cm. The sowing of bulbs is a very hard job because it is done by Behyaran Team. The harvest of saffron requires extensive manpower, and is generally regarded as a labor-intensive endeavor and includes three stages as follows.

The harvest of saffron crop begins with picking of the blossoms and separating the stigmas from them. The harvest period is traditionally from late September to the late December. The process should begin early in the morning before sunrise, and the period within which the blossoms are at their maximum are from 15 to 20 days. The stigmas thus collected are placed in shade in a warm and dried room for five to seven days in order to dry. In some cases, the drying is done in a ritual of roasting of roasting. And finally, after the stigmas are dried, they are variously packed and away from light and humidity. Drying process is very important because the stigmas of saffron have high level of moisture and in order to preserve the Chemical properties like Croc in, stigmas must dry properly and store carefully in Standard conditions.

The precious Iranian Natural spice as called Red Gold is Saffron, which has many usage because of natural coloring, aroma, taste, and different chemical substance that could be seen in nutrition facts, nowadays is sing in various of field such as: 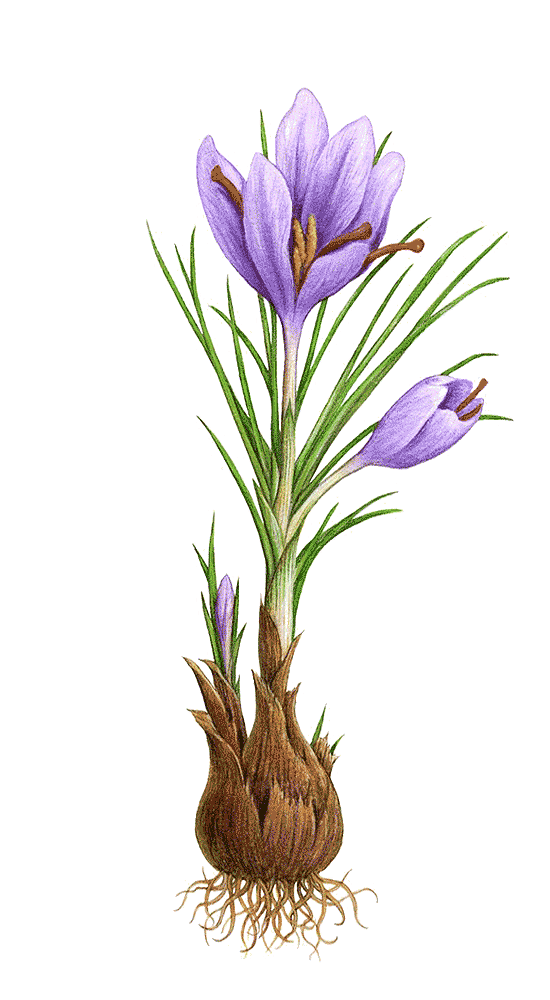